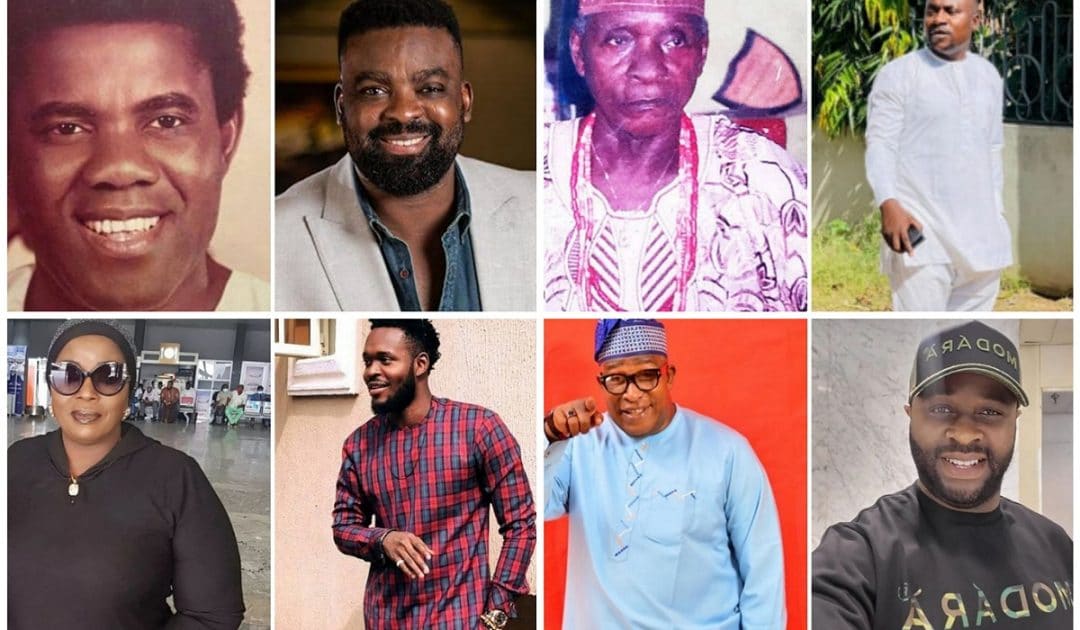 In the Nigerian entertainment industry, there are a lot of big personalities whose children decided to join venture into the movie industry, and today they’ve grown to become a great force to reckon with in the industry.

In this article, I will show to the Nigerian celebrities whose sons are movie stars:

Rita Edochie is a Nigerian veteran actress. She started her acting career long before the establishment of the now structured Nollywood.

Ever since she started her acting career, she has been featured in various movies including Titanic Tussle, Jadon, Royal Doom, The Phyton, Rule Of The Vulture, and so on.

Valentine Edochie is the first son of the actress, he is an actor and movie producer. Ever since he started his acting career he has featured in various movies.

Pete Edochie is a Nigerian actor, movie producer. He joined the Nigerian movie industry in the early 90s and ever since then, he has worked hard to develop the Nigerian entertainment industry. He has featured in various movies which include The Omega, Super Love,  Tears In The Sun, Battle Line, and so on.

Yul Edochie is the son of Veteran actor, Pete Edochie. He graduated from the University of Port Harcourt where he obtained a bachelor’s of art in dramatic art. Ever since he started his acting career, he has featured in various movies Against The Law, Blind Choice, Money Kingdom, The Mirror, Phyton Queen, and so on.

Adebayo Salami is a veteran actor, movie producer, and politician. Ever since he started his acting career he has featured in various movies Omo Ghetto, Aseyiowu, Ayikale, Jenifa, Ajani Osun, and so on.

Femi Adebayo is the son of Veteran actor Adebayo Salami. In 1985, he started his acting career with the movie tittied Ogun Ajaye, his father’s movie. Ever since then, he has been featured in various movies including Love Castle, Charge And Bail, Unroyal, Mokalik, and so on.

Akintola Ogungbe was a Nigerian film actor, filmmaker, and producer. He has carved a niche for himself in the Yoruba movie industry before he died on November 18, 2018.

The late Akin Ogungbe had 20 wives and 50 children, among his children is Segun Ogungbe.

Segun Ogungbe is a Popular Nigerian actor and movie producer, known for his blockbuster movie tittied Ibi Giga. Ever since then, he has grown to become a great force to reckon with in the movie industry.

Adeyemi Afolayan who is popularly known as Ade Love was a Nigerian actor, director, and producer. He played an important role in the development of the Nigerian movie industry before he died about 24 years ago from stroke complications but his memory lives on.

Kunle Afolayan is the second son of Ade Love, even though his father tried to discourage him from acting and filmmaking he found his way back to art.

He started his acting career with the movie titty Saworoide and ever since then he has been waxing stronger in the movie industry.