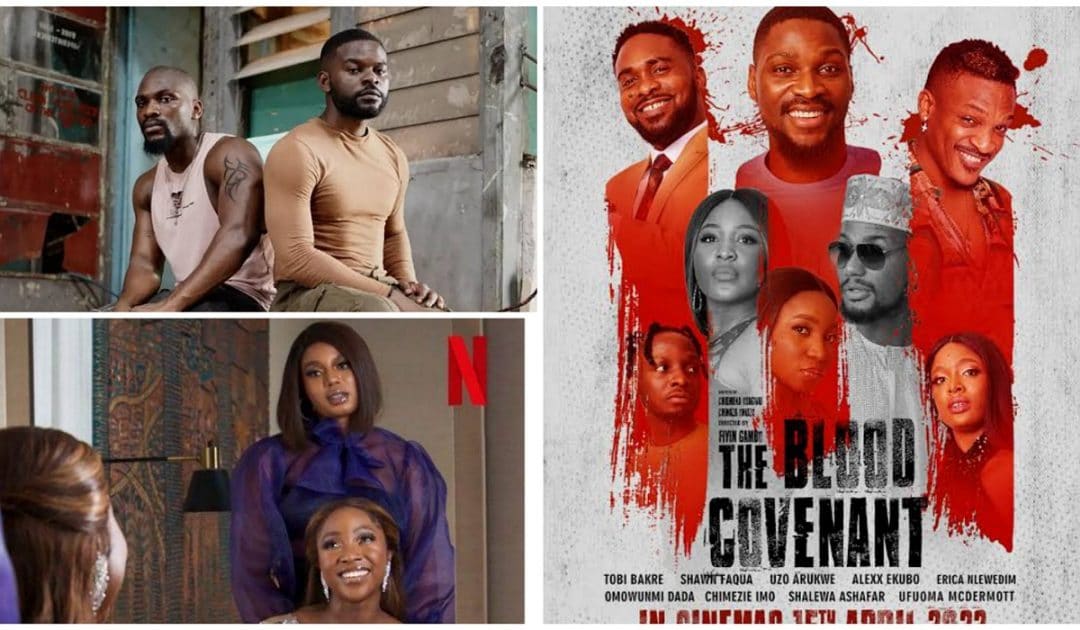 Here are five star-packed Nollywood movies. They will be worth your time.

Man of God is a Nollywood movie which is directed by Bolanle Austen Peters.

This movie follows the life of Samuel played by Akah Nnani, Samuel abandons his tough religious family to start a new life on his own.

What happens when he is caught up between the life he left behind and his new life.

This will be Akah Nnani first lead role and we can’t wait to see the beautiful way he embodies the character.

Spoiler alert ⚠️ : This movie will leave you in tears.

The blood covenant is an Inkblot production, directed by Fiyin Gambo, written by Chiemaka Osagwu and produced by Chinaza Onuzu, Zulumoke Oyibo and Maryann Eziekwe.

The Movie, the blood covenant tells the story of Eddy, Jite and Tunde played by Tobi Bakare, Shawn Faqua and Uzor Arukwe,  three young men in the late twenties struggling to make ends meet, but when things don’t go their ways they result to other money making ways, living the life of fame, glitz and glamour.

The movie stands against money ritual and also educates that there is always going to be a repercussion that follows blood money. Starring Erica Nlewedim, Alexx Ekubo, Omowumi Dada, Shalewa Ashafa, Chimezie Imo. Sit back, relax and get ready to be amazed.

Blood sisters is definitely a must have in ones watchlist. There is a saying that not all that glitters is gold.

It is always picture perfect until you zoom in. Blood sisters tells the story of “two friends, a dark secret and a shallow grave” two friends Sarah and Kemi are forced to go on the run after a wealthy groom disappears during his wedding. Gang of Lagos is a Jade Osiberu movie. So you already know it’s gonna be a banger 🔥.

The movie gang of Lagos mirrors the lifestyle of gangs and what happens. The specific date the movie will come out has not been revealed yet, but as filming started last year 2021, It is speculated to be coming out within April to July 2022.