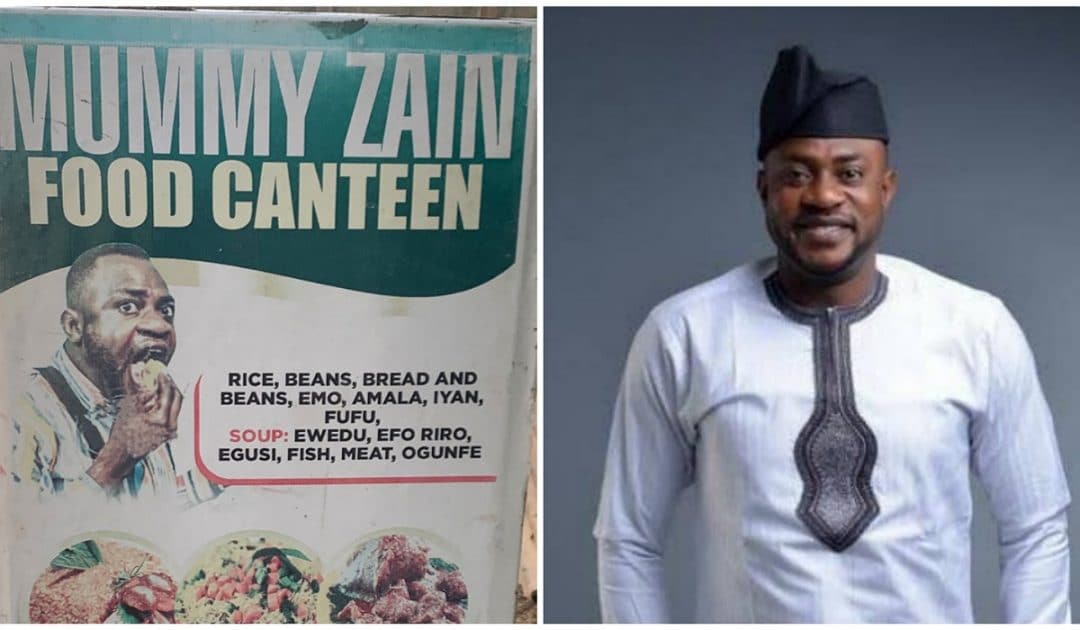 Nigerian actor, Odunlade Adekola has warned food vendors in the trenches to stop using his photos for advertisement. 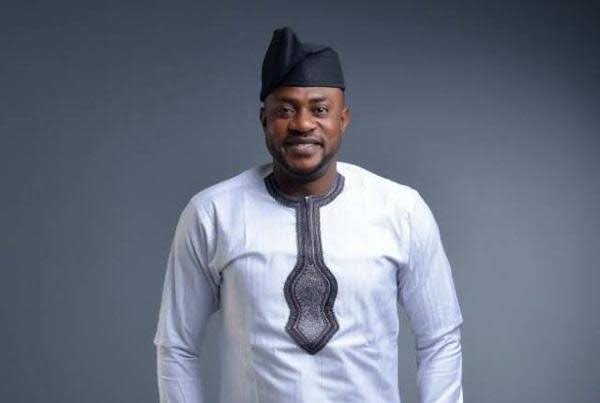 The movie star took to his Twitter page where he issued out the warning.

Taking to his Twitter page, he tweeted, “You people should stop using my face to advertise frozen fish in the trenches.” 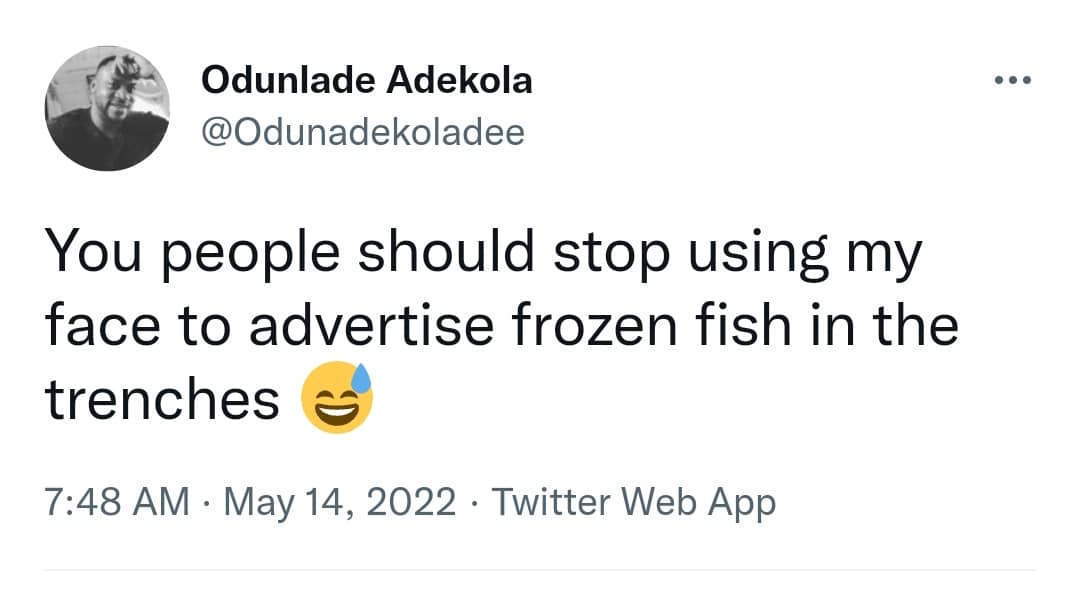 See one of the photos below: 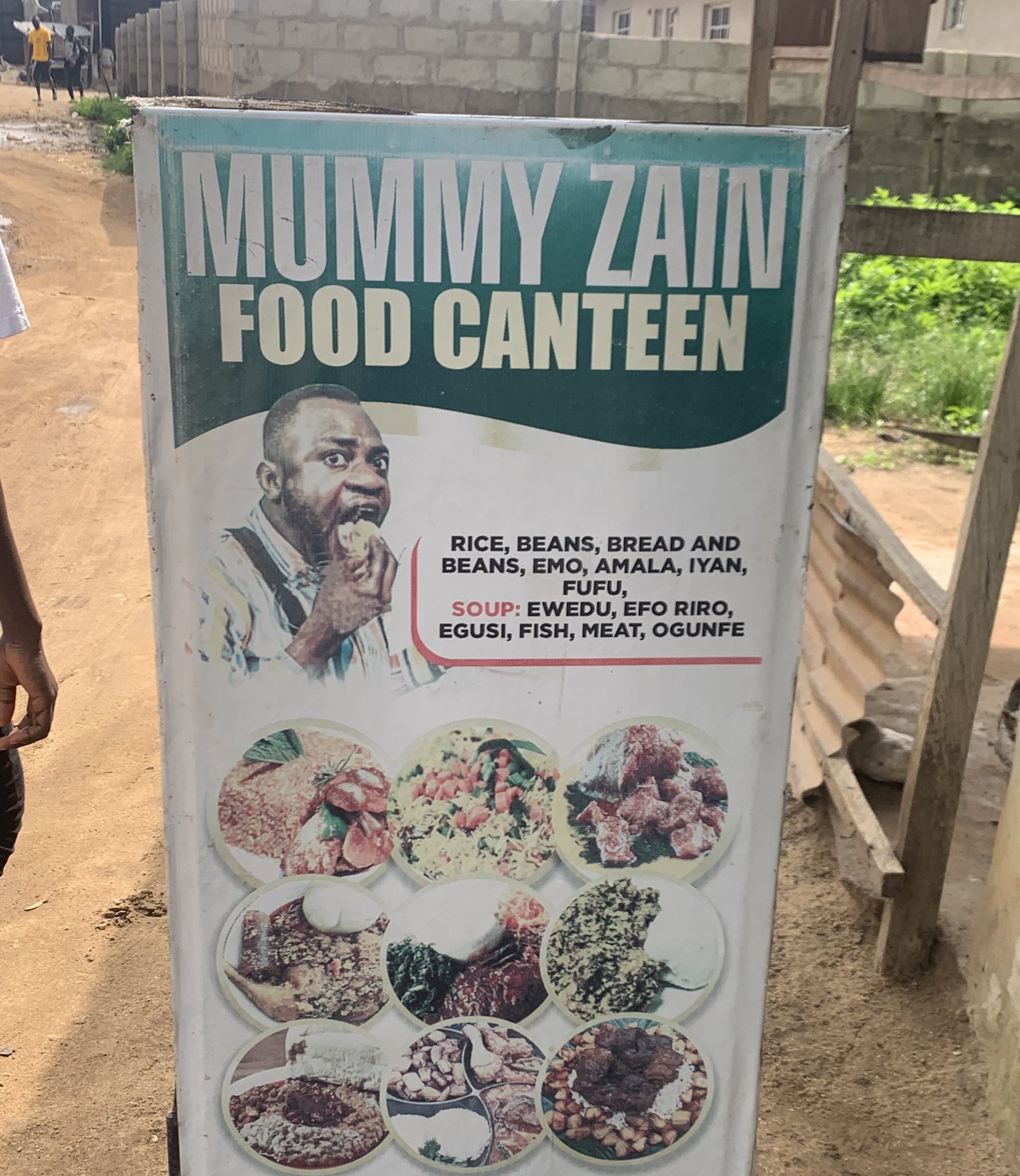 In other Odunlade Adekola’s news, the Leading Yoruba Nollywood Filmmaker and Actor, won the best Male actor, the Supporting category of the AMVCA edition 8 awards.

His role played in the movie Jakarinwo earned him the award.

Also, Bukunmi Oluwashina, who is the producer of the movie, Jakarinwo, told Nigeria Society News at the event, “It is no longer news that Jankariwo broke the record of the first feature-length film to hit millions of views within hours of being released on youtube.

I am so excited for this win because Because the whole of African reckons with the name now than before.

I want to use this opportunity to also appreciate all my cast, crew and fans for making Jankariwo a reality and award winning flick.

Let me also show my excitement for having my big brother,Odunlade Adekola in the project and tonight, he made me proud by winning Best Supporting Açtor in Jankariwo. My fans should just watch out. Because I have alot coming out from my stable soonest”, she said.