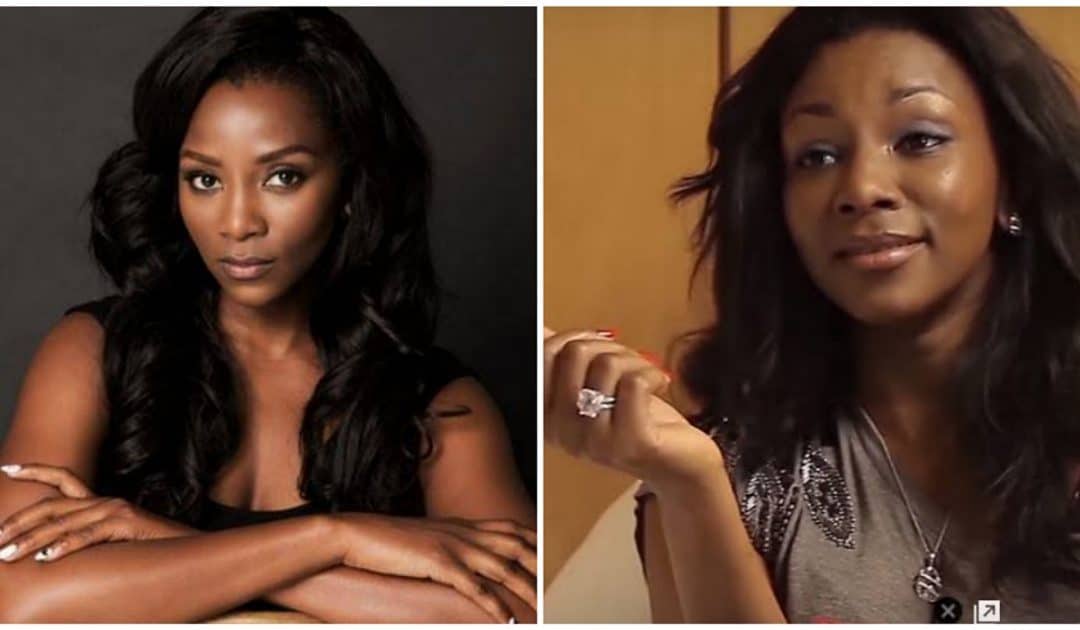 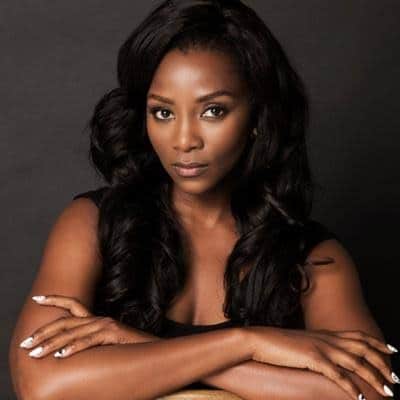 This was made known to the public by popular Instagram blog, Gistlover blog on Tuesday evening.

The report reads below:

“Hello tueh tueh, please pray for Actress @genevievennaji as this is a trying time for her .

“According to information reaching Vawulence headquarters, the actress is currently down with mental issue and currently taking treatment in Houston Texas.

“Genevieve has been admitted for psychosis in a hospital in Texas(Name withheld) she went Loco some months ago.

“they are hiding the info like say tomorrow no dey and we can’t help but tell her fans so they can put her in their prayers, fans has been questioning her weird attitude of recent on ig and the fans has been clueless, some are even dragging her that she is proud, why can she unfollow everyone, bla bla bla, the truth is they had to take her phone from her and archive all her post,

Can you remember when she was posting plenty random weird stuffs? Then she tattooed a cross on her wrist with a blade, was so terrible that they had to keep an eye on her, she was admitted sometimes this year and we hope she recovers fast,

her media aid are really working overtime to keep the story out of the public but I feel they should let the world know so they can’t put Her in their prayers and not drag her unnecessarily,they can come out to debunk it ooo, but it is what it is, they know the truth,

sometimes I feel fame demands too much from these celebrities, because what🤦‍♀️🤦‍♀️ she fine, get charisma, has one of the best brand for Nollywood, why drug again ??? Why? I think say Na only lesbianism we go tackle with Gene ooo not knowing that is just by the way,💔💔💔LORD TAKE CHARGE, IS FAME REALLY WORTH ONES LIFE, IS IT WORTH THE STRESS, i come in peace ooo,

Pray for Genny, she is not proud to have unfollowed everybody, her media aid did that, I no sabi wetin them Dey cover. Igi ewedu oni wo pawa ooo. SAY NO TO DRUGS.” 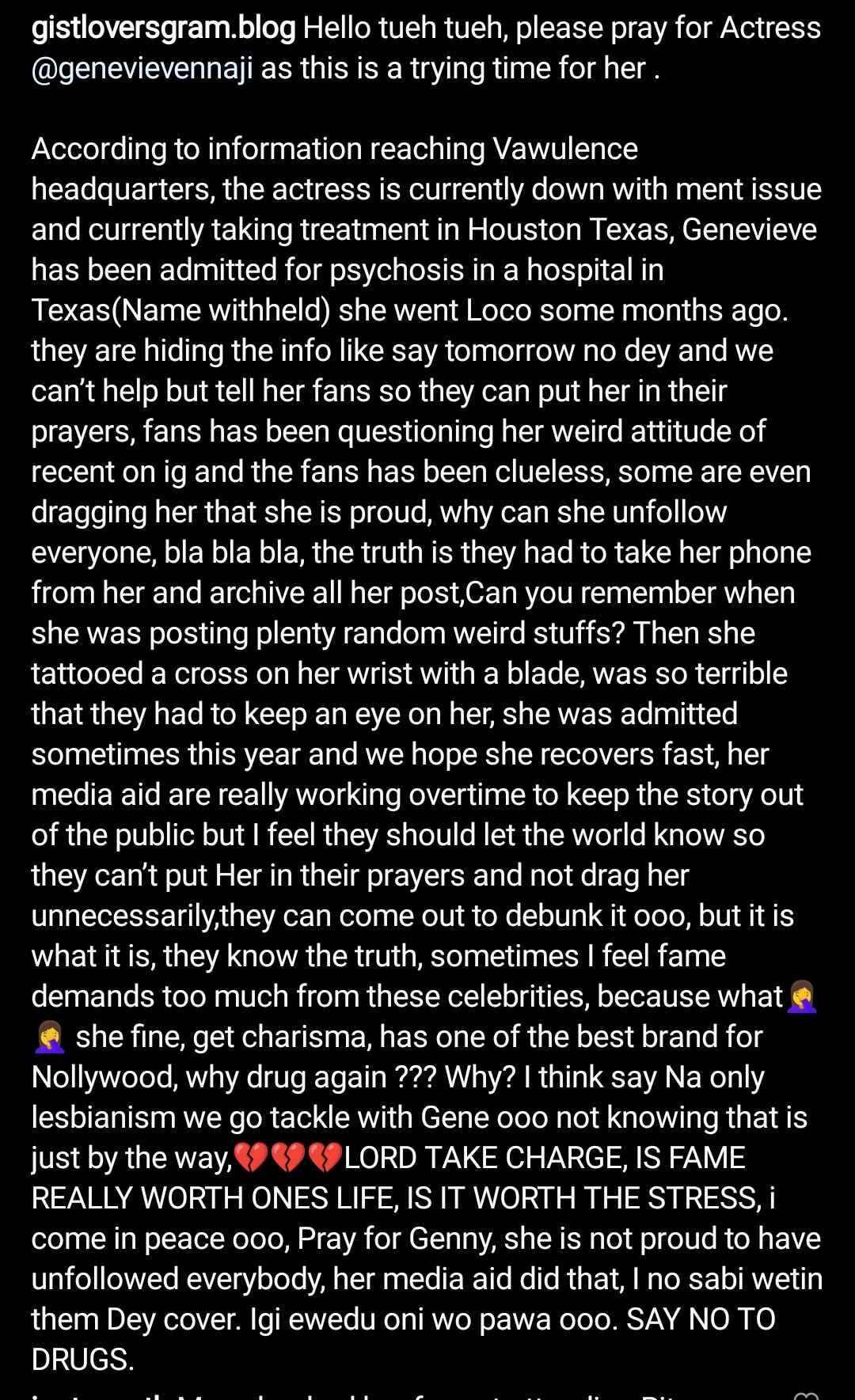 Recently, Genevieve Nnaji deleted all IG posts and un-followed everyone on her social media page.