Mikel Arteta, Arsenal’s manager, has denied speaking with Santi Cazorla about a coaching post at the Emirates.

Arteta and Cazorla played together for the Gunners for five seasons. 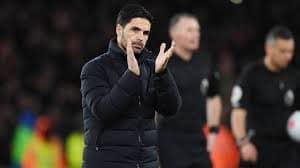 Cazorla is presently playing with Al Sadd in Qatar, where he recently assisted in the team’s second consecutive league title.

After his playing career is over, the Spanish midfielder has been linked with a return to Arsenal.

“I haven’t discussed anything like that with Santi,” Arteta remarked on Thursday.

“Of course, if you ask anyone in this football club or any supporter about Santi they’ll probably have a smile on their face.

“I’m not sure, he’s still playing, and I’m not sure what he wants to do with his life, but I’m sure it’ll involve football since I know him well.

“All I can say is that I chatted with him on my birthday, March 26th, but we didn’t talk about it.”