Chelsea, Bayern out as Real Madrid, Villarreal qualify for semi-finals

Real Madrid has eliminated holders Chelsea from the Champions League.

The Los Blancos had a 3-1 lead over the Blues going into their quarter-final match at home. 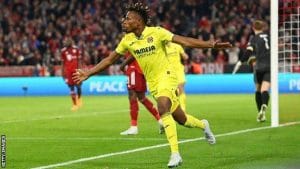 Thomas Tuchel’s team, on the other hand, stunned them with a two-goal lead thanks to Mason Mount and Antonio Rudiger.

Timo Werner made it 3-0 before Rodrygo equalized and the game went to extra time.

The winner of Manchester City vs. Atletico Madrid will face them.

Bayern Munich was also knocked out after a 1-1 tie with Villarreal at the Allianz Arena, following a 1-0 loss in Spain.

Villarreal will take on either Liverpool or Benfica in the semis.