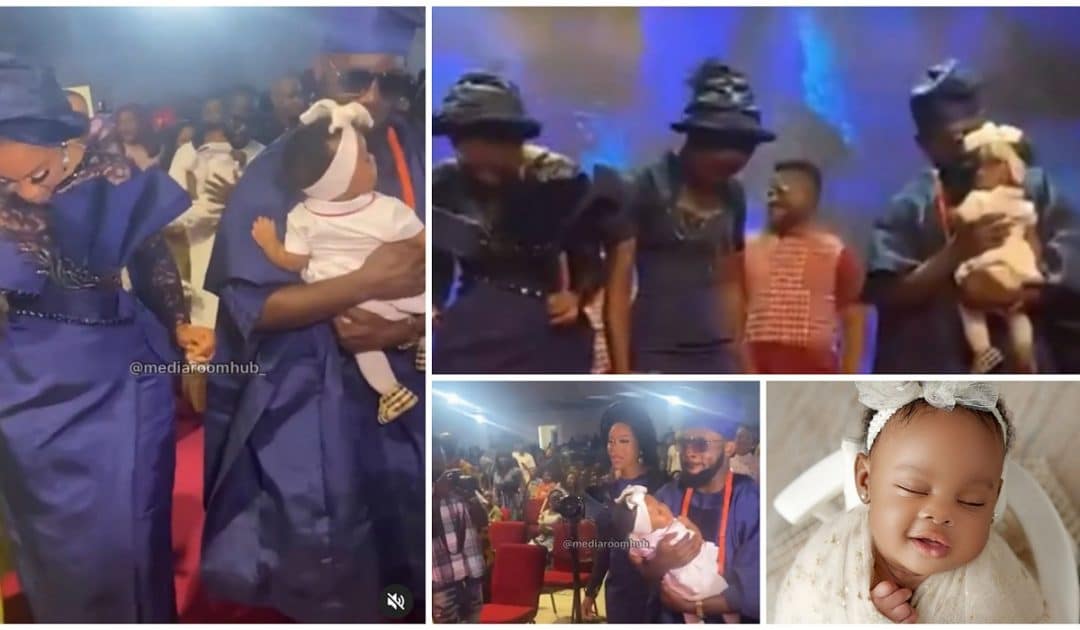 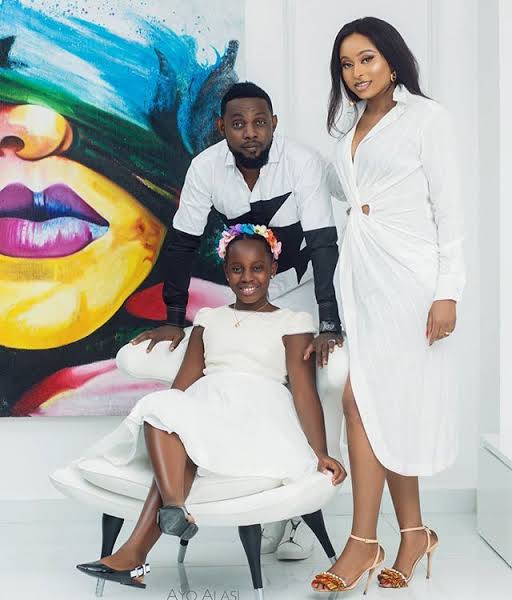 The standup comedian took to his daughter, Ayomide to church for dedication to God.

In the video sighted by The Daily Page, Comedian AY, his wife and their first daughter stood in front of the congregation to dedicate Ayomide to God.

According to him, his daughter’s English name is Adele.

Giving the meaning, he said that Adele means noble. He also revealed that his daughter’s Yoruba name, Ayomide means ‘My Joy has come’.

See photos and video from the event below: 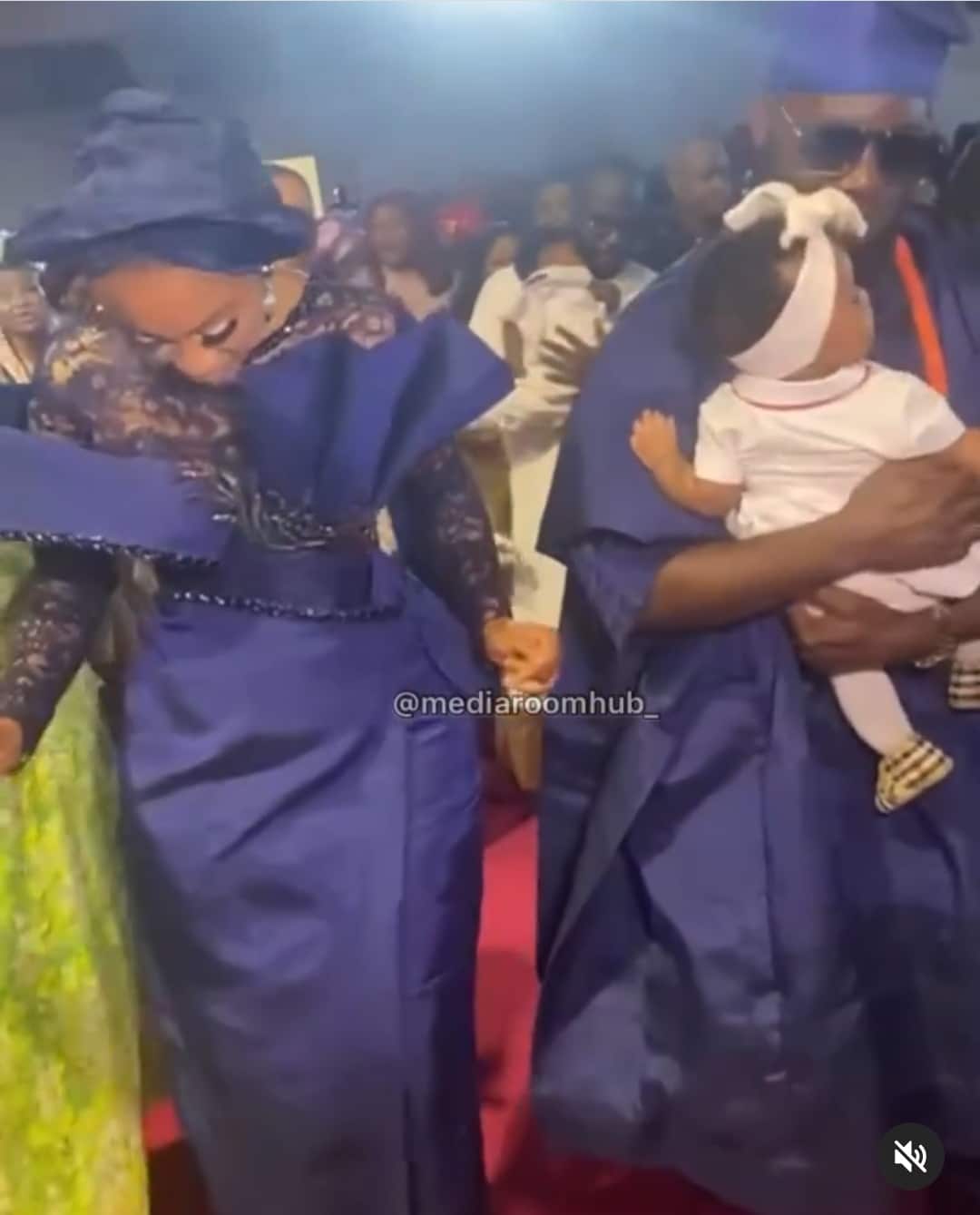 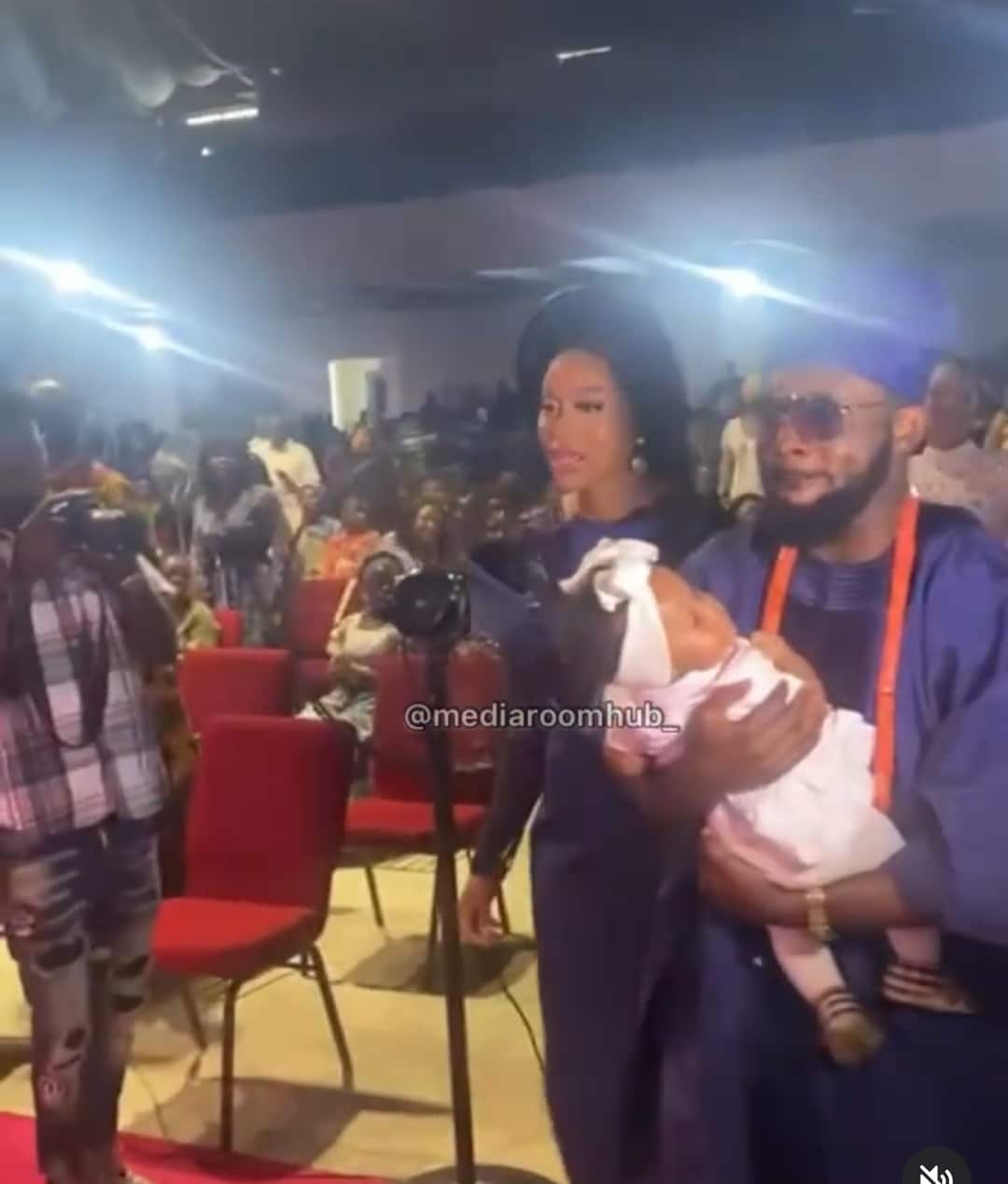 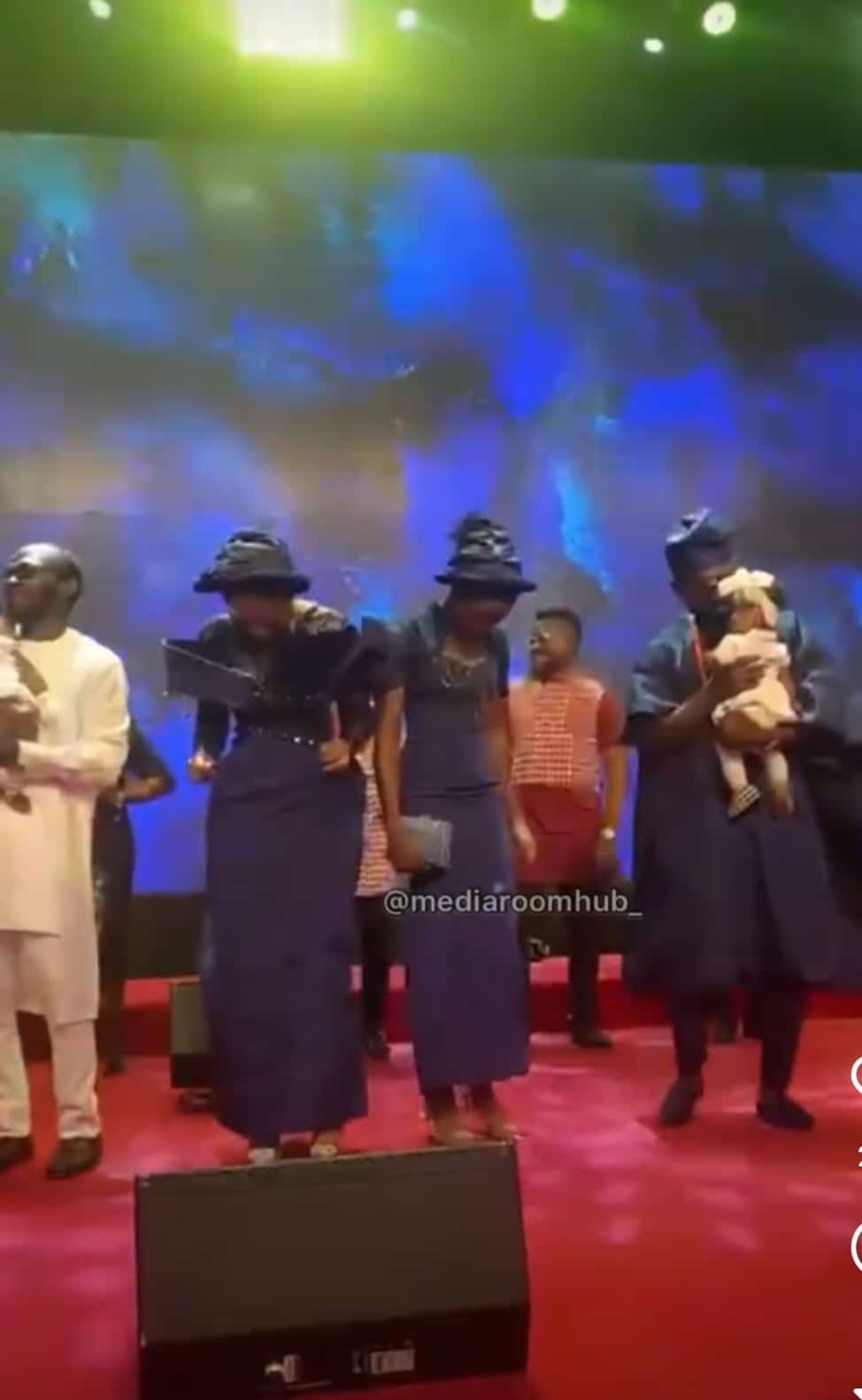 The Daily Page recalls that Comedian AY and his wife, Mabel Makun welcomed their second child after 13 years of delay.