Former Manchester United midfielder David Beckham has advised Cristiano Ronaldo to extend his stay at the club beyond this summer.

The Red Devils were defeated 4-0 at Brighton on Saturday and are now fighting for sixth place and Europa League qualification. 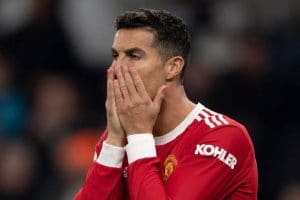 Erik ten Hag has taken over as manager, and a couple of out-of-contract players have left Old Trafford.

Ronaldo, who has one year left on his contract, has also been linked with a departure.

But Beckham is desperate for the Portuguese superstar to stay at the club.

Beckham told Sky Sports at the Miami Grand Prix on Sunday, “Obviously Cristiano is one of the best players over the last 15 years with Leo [Messi].”

“To see him stay on – hopefully staying on – at United is important for the fans. It’s important to him, we all know how much Man United means to him.

“And he’s still doing what he does best, scoring goals and creating. That’s what Cristiano does. Even at his age, to be doing what he’s doing, it is really incredible, so hopefully it continues and hopefully he stays for another year or two.”