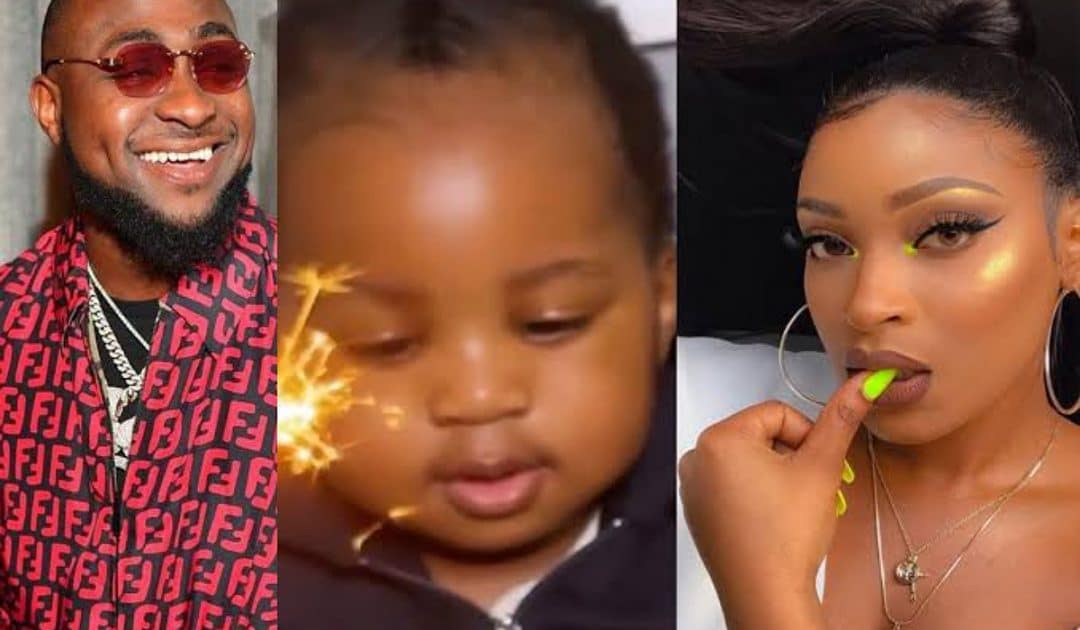 Nigerian singer, Davido’s alleged 4th baby mama, Larissa has revealed that she is her son’s only parent.

She made this known to the public during a question and answer session with her fans.

When asked if she has any ill misunderstanding with her son, Dawson’s dad.

Giving her response, she said, “No, I am Dawson’s only parent.” See her post below: 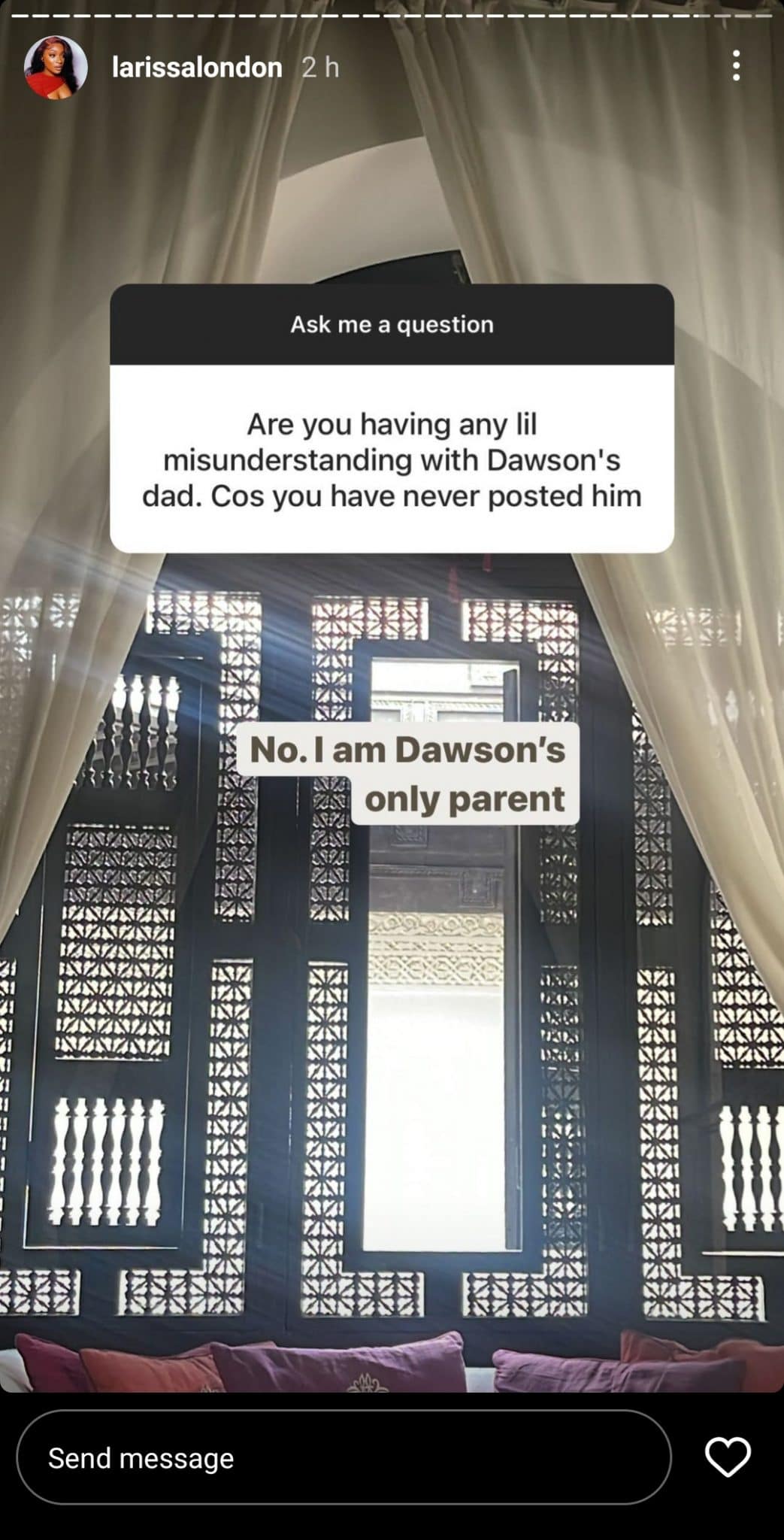 According to her, she had to sell her personal belongings to look after her child.

She added that she made so much sacrifice to keep up with the bills and take care of her child, including selling her car, shoes, and bags.

The Daily Page recalls that Davido had declared to make a good music, take care of his kids, his friends and family.