Jonathan Barnett, Gareth Bale’s agent, has stated that the player will leave Real Madrid this summer.

At the end of the season, the 32-year-old will be a free agent. 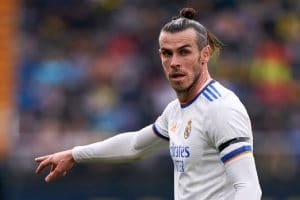 Bale has remained a contentious character and has fallen entirely out of favor despite winning every major award during his tenure with the LaLiga giants.

Bale spent last season on loan with Tottenham Hotspur before returning to Real Madrid, where he only appeared five times in the league and played fewer than 300 minutes in total.

Barnett, who previously stated that a return to England was most likely, has stated that his long-term future will be determined by Wales’ fate in the 2022 World Cup play-offs, and that elimination could change his mind.

“He leaves Real Madrid, but we have to wait for what Wales will be able to do,” Barnett told Portuguese outlet Record.

“It all depends on whether Wales qualifies for the World Cup, then we will make a decision, which may vary whether or not Wales go to the World Cup.

“Is it more likely to return to England? I think so, but we’ll have to wait and see if Wales qualifies for the World Cup.”