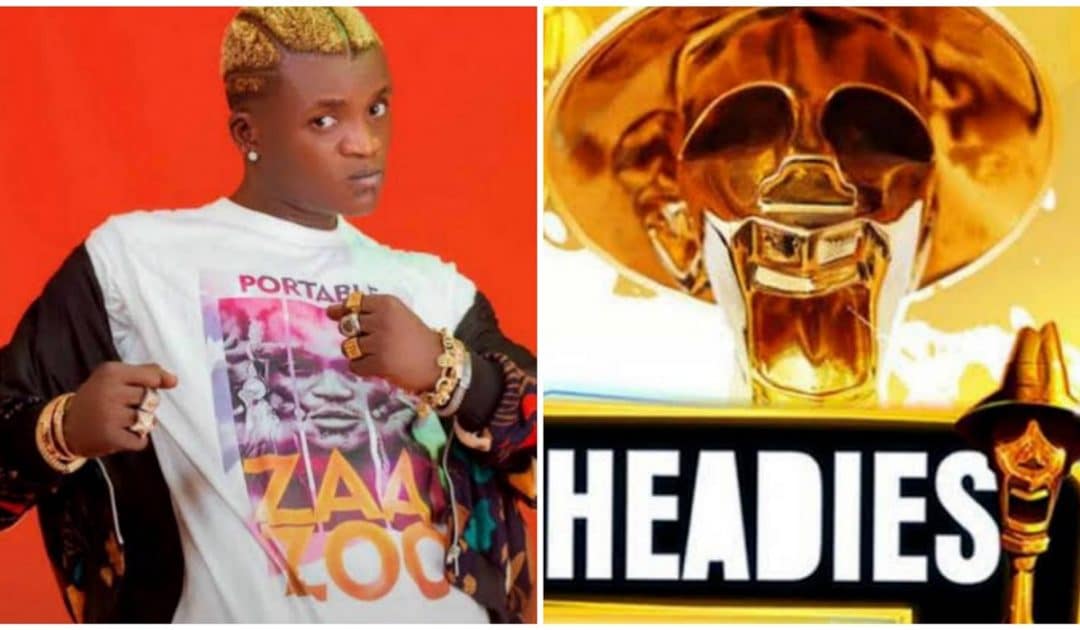 Organizers of the Headies Award has reported Nigerian singer, Portable to Police over threats to co-nominees.

This is coming after he bagged two nominations in the 2022 Headies Award.

After he was nominated, Portable threatened to kill whosoever that wins the award.

Reacting to his threat, Headies Award released a statement, revealing that they have reported the Zazu Zeh crooner to the Police.

The statement reads below: 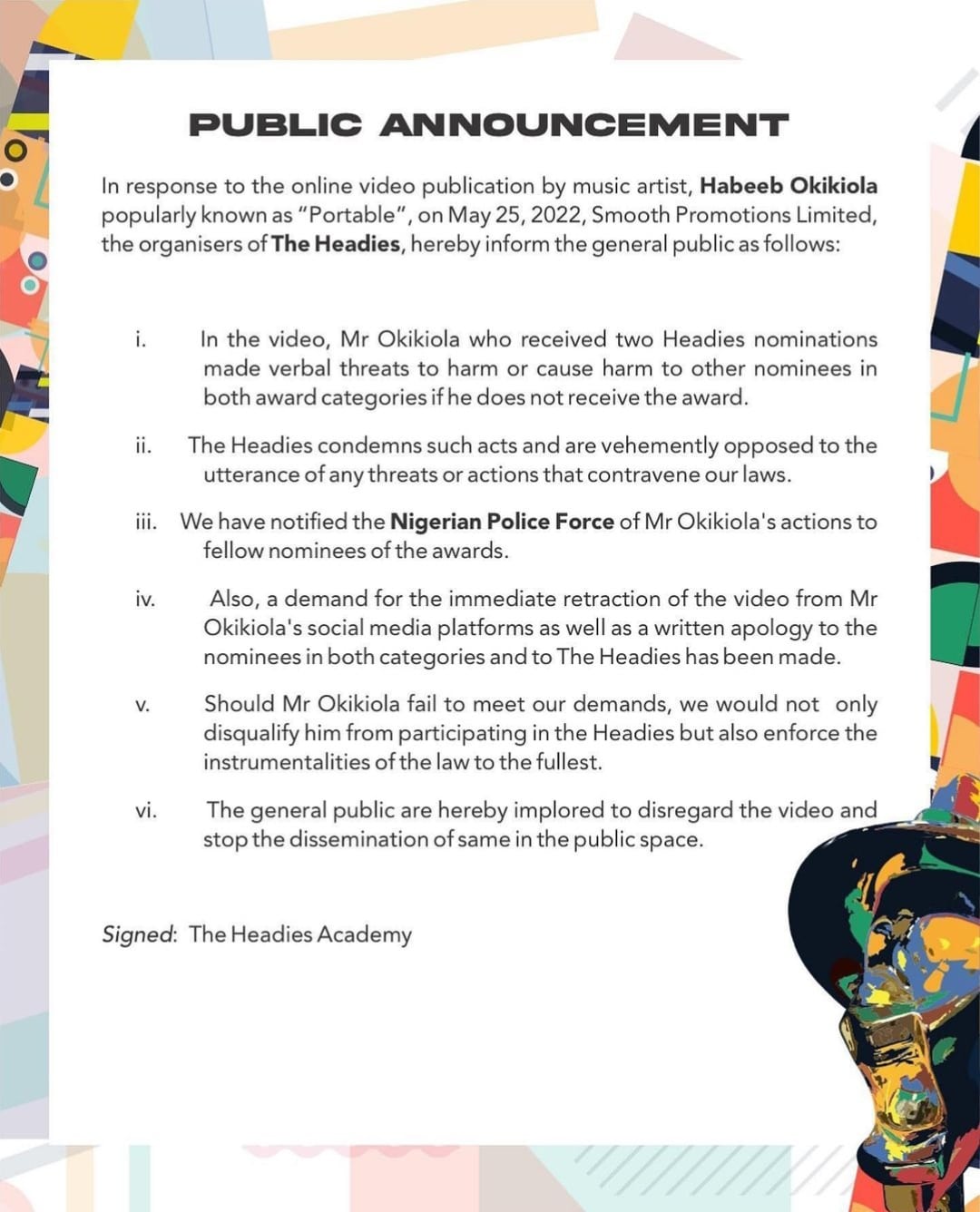 In the Headies Award threatens to disqualify him if he doesn’t retract the video and tender written apology to the nominees in both categories and to The Headies.

The singer was nominated in the ‘Rookie of The Year‘ category alongside other talented artistes in the likes of; AV, Fave, Magixx and Ugoccie.

While in the second nomination, he made it into the “Best Street-Hop Artiste” category for his smash hit single Zazoo Zehh featuring Olamide and Poco Lee