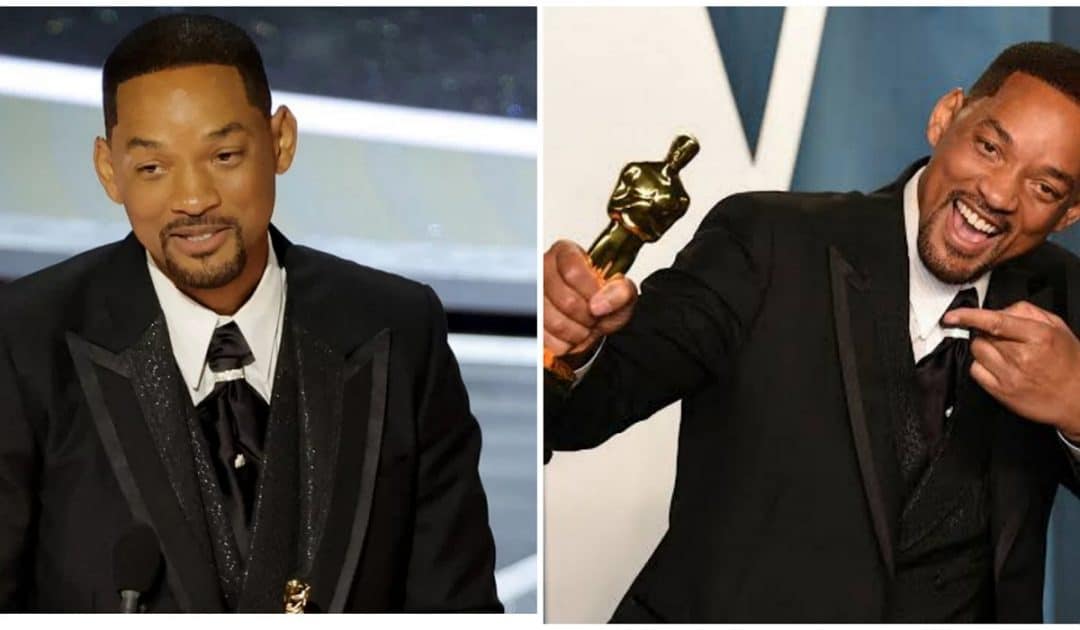 American actor, Will Smith has reacted to the Oscars’ 10 years ban after he slapped American comedian, Chris Rock.

The decision was announced by the Academy of Motion Picture Arts and Sciences (AMPAS) on Friday.

Recall that Smith who lost his cool and walked up the Oscars’ stage to slap comedian Chris Rock after making a joke about his wife Jada Pinkett would not be present for the next 10 years at any Oscars award or event.

Although, Chris didn’t not press any charges against Will and the ‘Men In Black’ actor apologized publicly both at the event and later on his social media pages, resigned from the Academy, the Academy of Motion Picture Arts and Sciences slammed him with a 10-year ban.