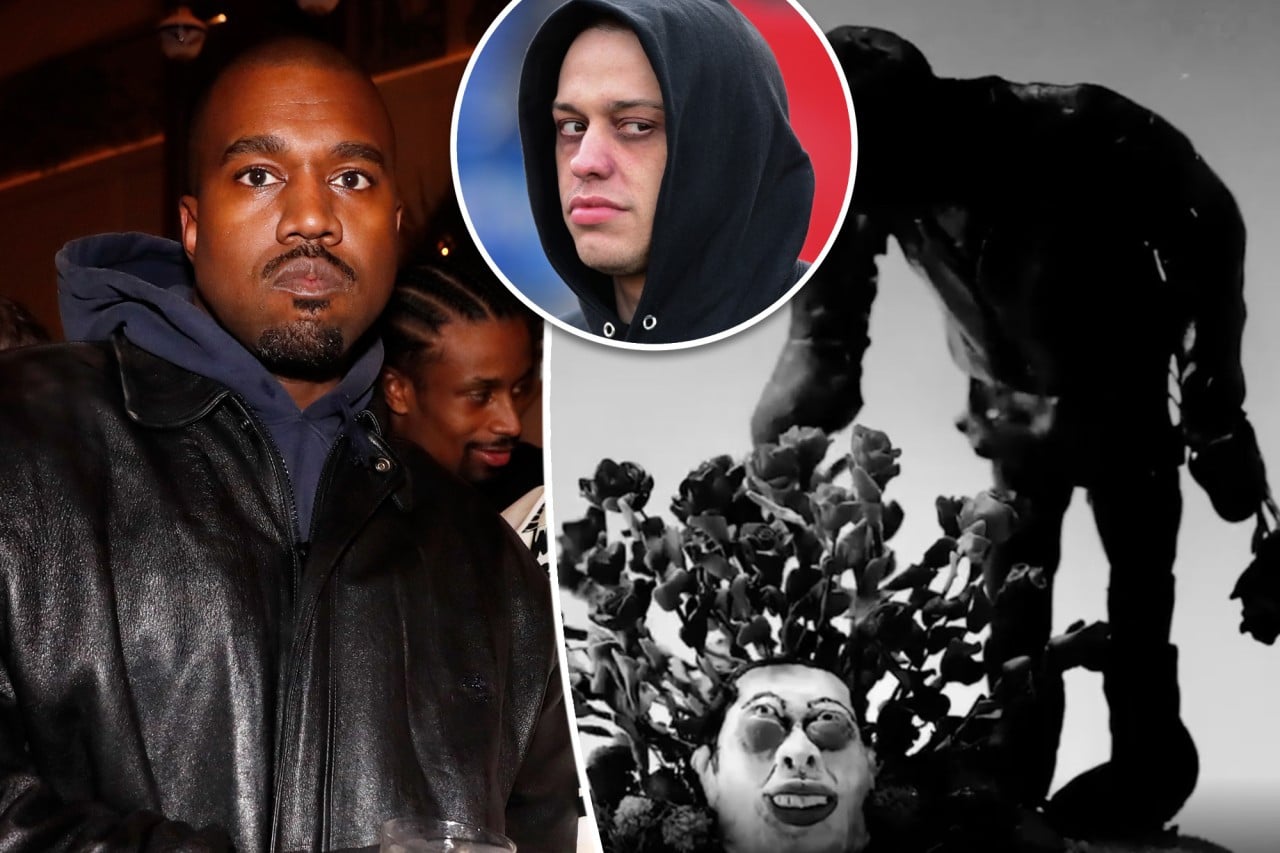 This comes amid Kim Kardashian being legally declared single while dating her new boyfriend and comedian, Pete Davidson.

In his new music video of the cartoon version, Kanye West literally kidnapped Pete Davidson. He’s then tied up Davidson’s character and drives via a 4-wheeler to an abandoned area, burying the comic up to his neck before planting rose seeds around his head.

The flowers eventually bloom, and a still-alive Davidson watches as Ye picks several, and loads them into a pickup truck.

The image is a clear reference to West gifting his estranged wife, Kim Kardashian a truckload of roses on Valentine’s Day.

“EVERYONE LIVED HAPPILY EVER AFTER, EXCEPT SKETE YOU KNOW WHO. JK, HE’S FINE.” read the final frame, with the word “SKETE” scratched out.