Portable apologizes to Headies over threats to harm fellow nominees 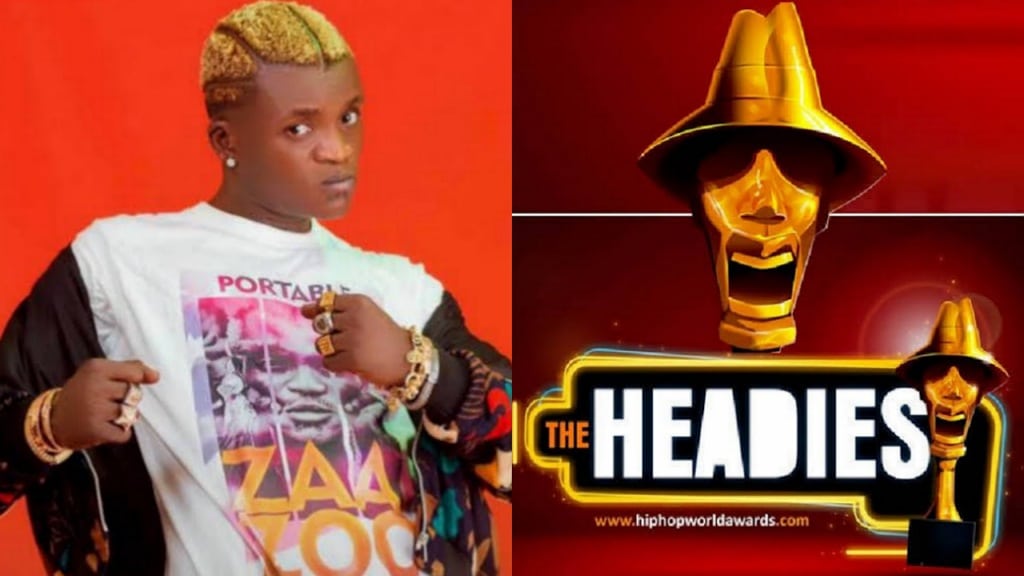 Nigerian singer, Portable has tendered public apology to Headies over his threats to harm fellow nominees. 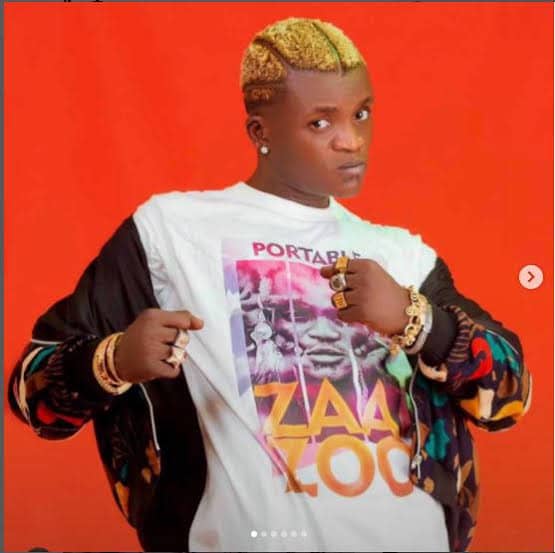 The Daily Page recalls that the wahala musician had taken to his IG page where he made death threats to other artistes featured in the categories he was nominated in.

However, Headies condemned his behaviour to other nominees and asked him to retract his statement and make a written apology to his colleagues.

Today, Portable has now deleted the video and tendered his public apology to Headies and nominees.

According to him, he meant not to harm anyone. Given the update, he wrote, “On behalf on behalf of myself my management and the entire Zeh nation I sincerely apologize for my unguarded urtrances as I do not mean any harm to the nominees in any way The video has been deleted on my page and I appreciate all your support so far God bless my Fans God bless the headies.” 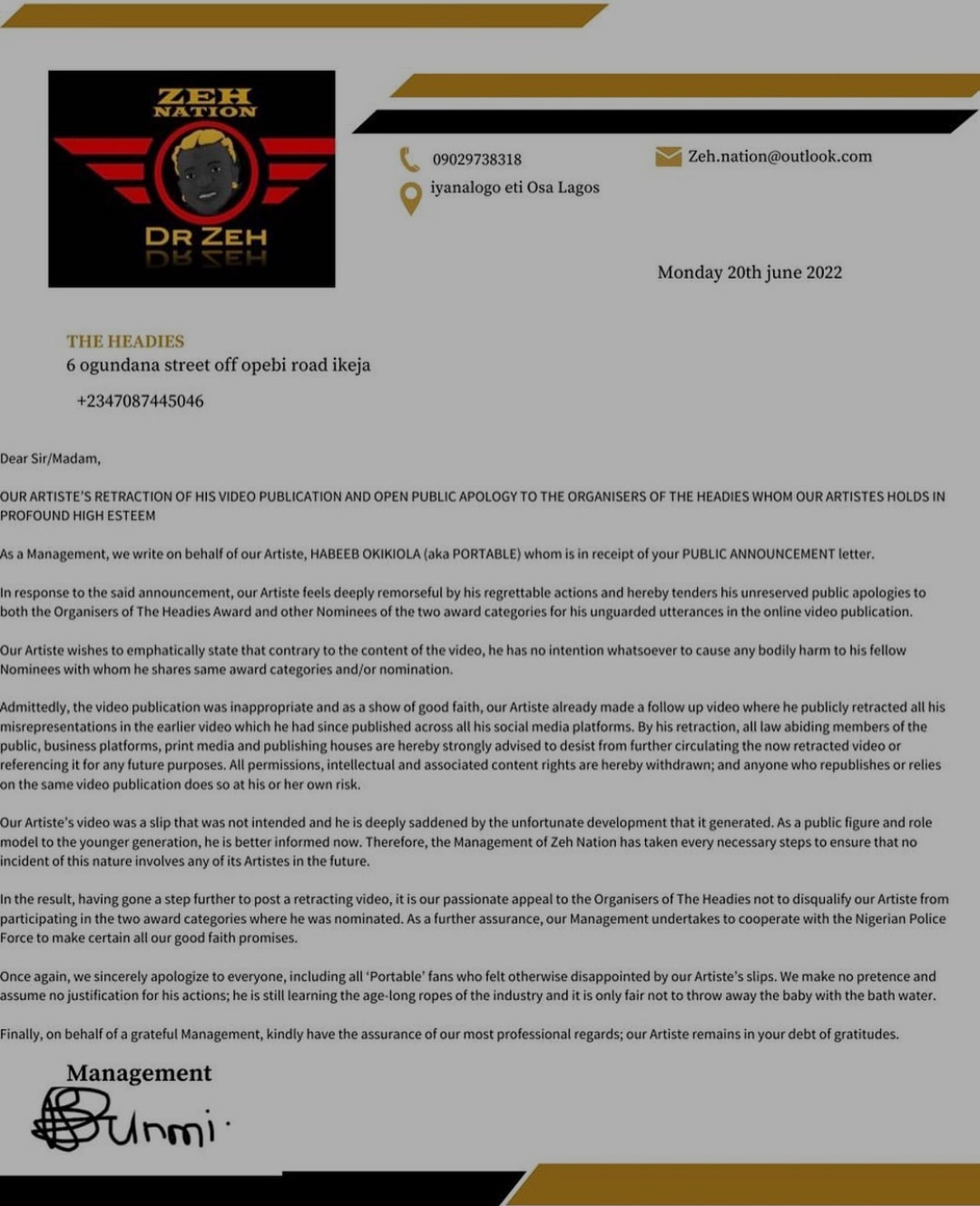