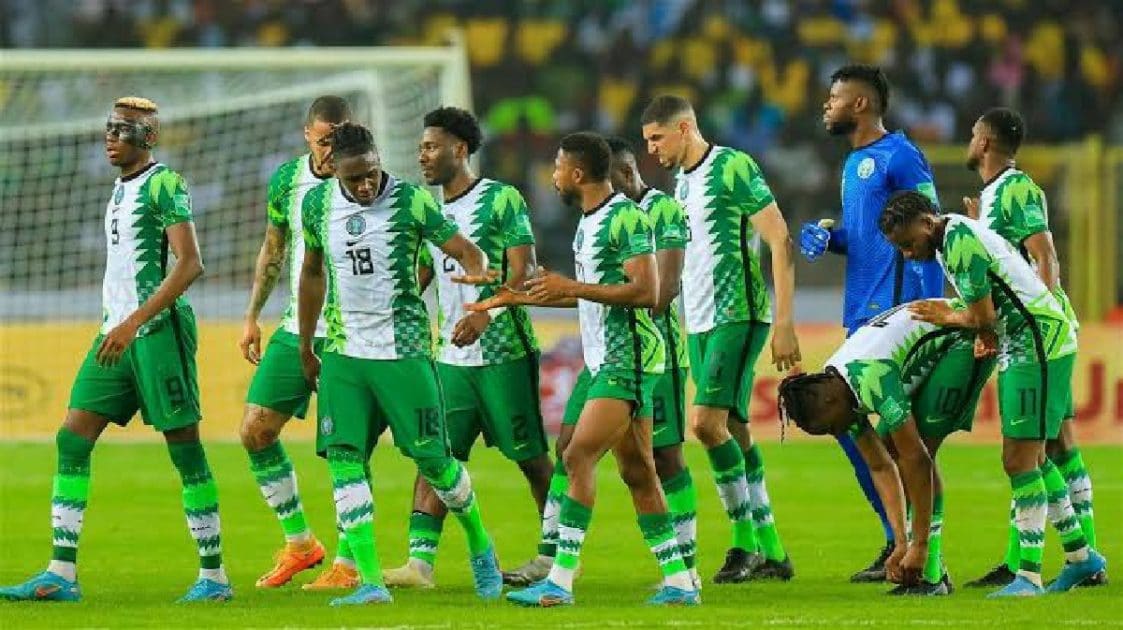 After a convincing 10-0 win over Sao Tome and Principe in Agadir, Morocco on Monday afternoon, the Super Eagles went to the top of Group A in the 2023 Africa Cup of Nations qualifiers.

In the opening minutes, the Super Eagles kept the hosts at bay and were rewarded when Victor Osimhen scored the game’s first goal in the ninth minute. 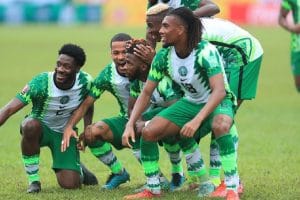 Following that, the Super Eagles squandered a number of opportunities.

Jose Peseiro’s team, on the other hand, doubled their lead two minutes before half-time, with Simon tapping home after Osimhen had put him up.

Terem Moffi dribbled past two defenders before tapping home Nigeria’s third goal of the game two minutes before the break.

After the half, the Super Eagles added six more goals to make the score even more lopsided.

With six goals in two games, the Super Eagles lead Group A.

Later in the day, Sierra Leone and Guinea-Bissau will play in the other group game.