At least three teams have qualified for the FA Cup quarter-finals this season.

Manchester City, Crystal Palace, and Middlesbrough are the teams who have qualified for the quarter-finals. 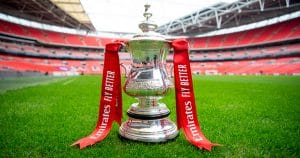 Following the conclusion of Tuesday’s FA Cup fifth-round matchups, City, Palace, and Middlesbrough all booked their places in the next round.

Nottingham Forest, on the other hand, will play Huddersfield next Monday.

Nottingham will look to continue their impressive form in the tournament.