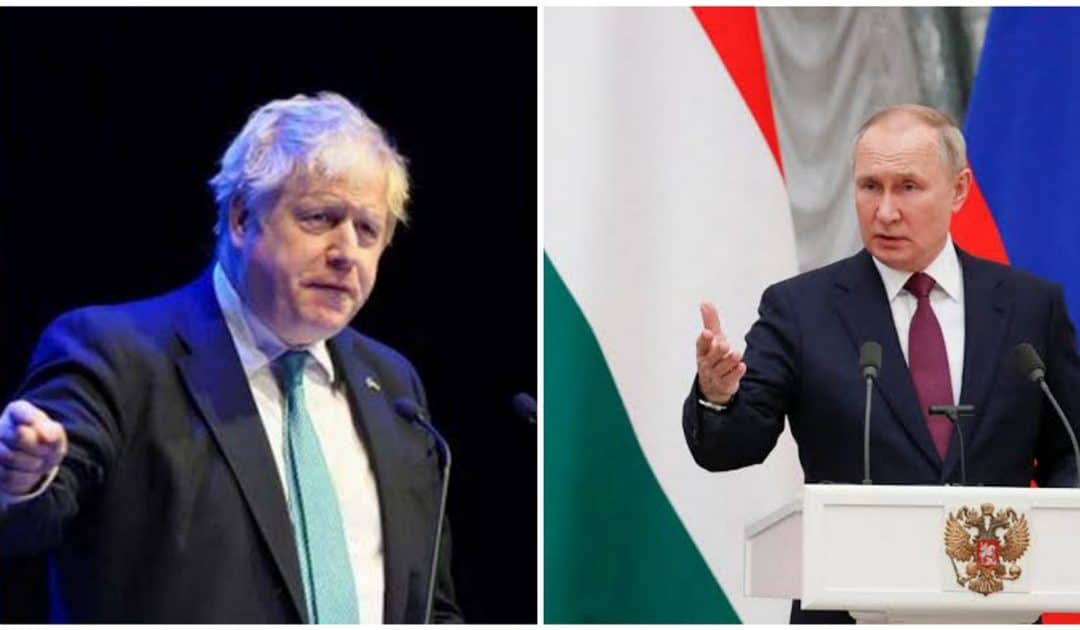 Boris Johnson, British Prime Minister, has stated that Putin must fail in Ukraine in order for Europe’s freedom to be guaranteed indefinitely.

Johnson said this in his closing speech at the Conservative Party Spring Conference in Blackpool that a victorious Putin would not stop in Ukraine and that it would send a signal to autocrats everywhere.

He added that it will usher in a new era of intimidation across Eastern Europe, from the Baltic to the Black Sea.

Tens of thousands of people in the British country are opening their homes to Ukrainians.

He added that with each passing day that Ukraine’s valiant resistance continues, it is clear that Putin has made a catastrophic error, and you have to wonder why he did it.

What made him decide to invade this completely defenseless country?

Putin, according to the Prime Minister, is carrying out a vicious attack on civilians unlike anything they’ve seen since the 1940s.

He said that Putin didn’t think Ukraine was going to join NATO any time soon, and he knew there was no plan to put missiles on Ukrainian soil.

He didn’t really believe the semi-mystical nonsense he wrote about the Russian people’s origins.

Johnson explained that he thinks Putin was afraid of Ukraine for a completely different reason.

He feared the Ukrainian example and the implicit reproach to himself with each year that Ukraine progressed – not always easily – towards freedom, democracy, and open markets.

He added by saying that because in Putin’s Russia, calling an invasion an invasion gets you 15 years in prison, and opposing Putin in an election gets you poisoned or shot.

It’s precisely because Ukraine and Russia have historically been so close that he has been terrified of the effect of that Ukrainian model on him and on Russia.

Johnson praised the UK government for the sanctions imposed on Russia and its oligarchs so far, but added that the UK must wean itself off Russia’s oil and gas.

He said that they must take the bold steps required to end their reliance on Putin’s oil and gas. It’s time to reclaim control of their energy supplies.

The Prime Minister also praised the Ukrainian resistance, saying that Putin has locked himself in an echo chamber of sycophants.

Had he had free, impartial, and responsible journalists, he would have known the truth: Ukraine is a proud nation led by a charismatic leader.

“He would have known that they would fight to defend their homeland before embarking on this disastrous and inhuman venture.