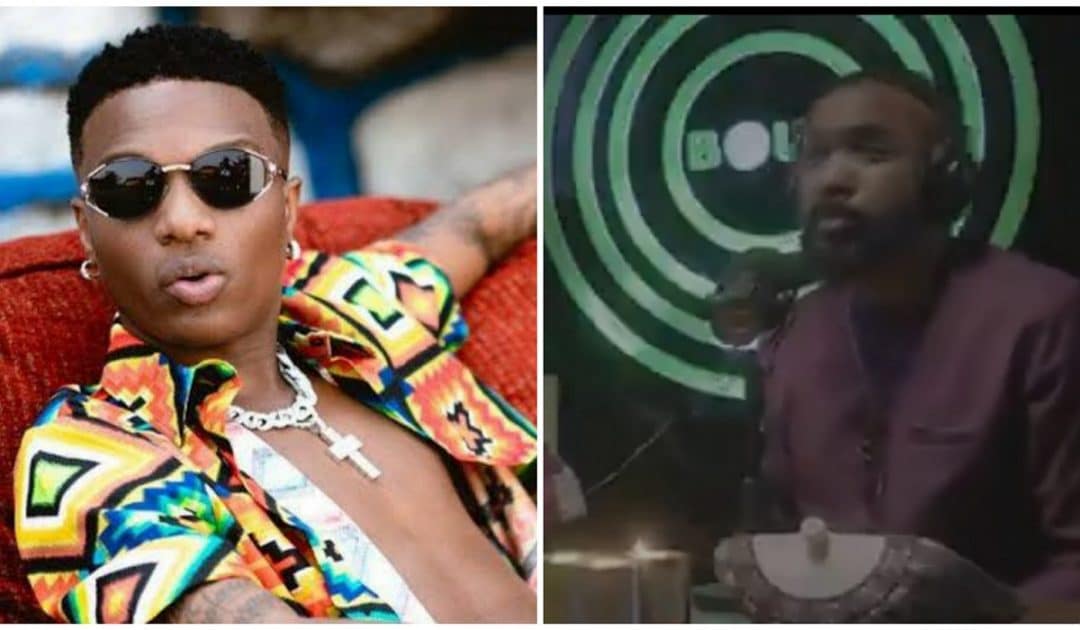 Nigerian singer, Ayodeji Balogun, popularly known as Wizkid has reacted to Banky W’s interview about him not being at his wedding.

The music star made this known to the public via his official Twitter page.

Earlier today, Banky W, in an interview with Ebuka’s Bounce Radio, revealed how he was so disappointed at Wizkid missing his wedding.

“Was I disappointed that he wasn’t at the wedding? I was but I know he tried because there was a show with a lot of the artists…I think it was One Africa,” he said.

“As a matter of fact Tiwa ended up…there was business class and she took economy seat so she could make it. But he called at the time that he was so sorry.”

Reacting to the interview, Wizkid tweeted, Lol. See his tweet below: