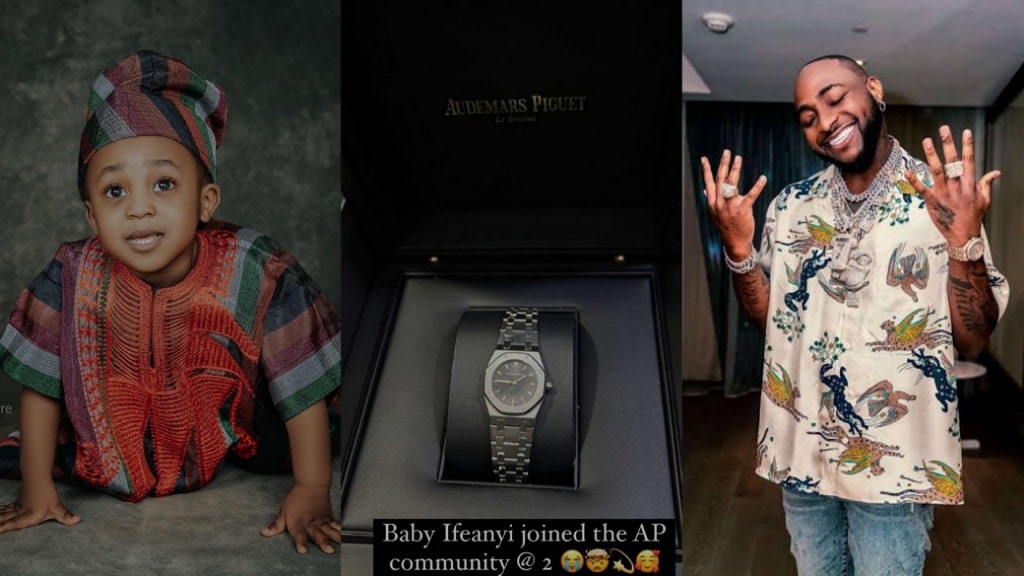 Nigerian singer, Davido has gifted his son, Baby Ifeanyi, a new wristwatch worth millions of naira.

The movie star announced this on his Instagram page story on Friday evening.

Sharing photo of the new wristwatch, Davido wrote, “Baby Ifeanyi joined the ap community at age 2.” See his post below: 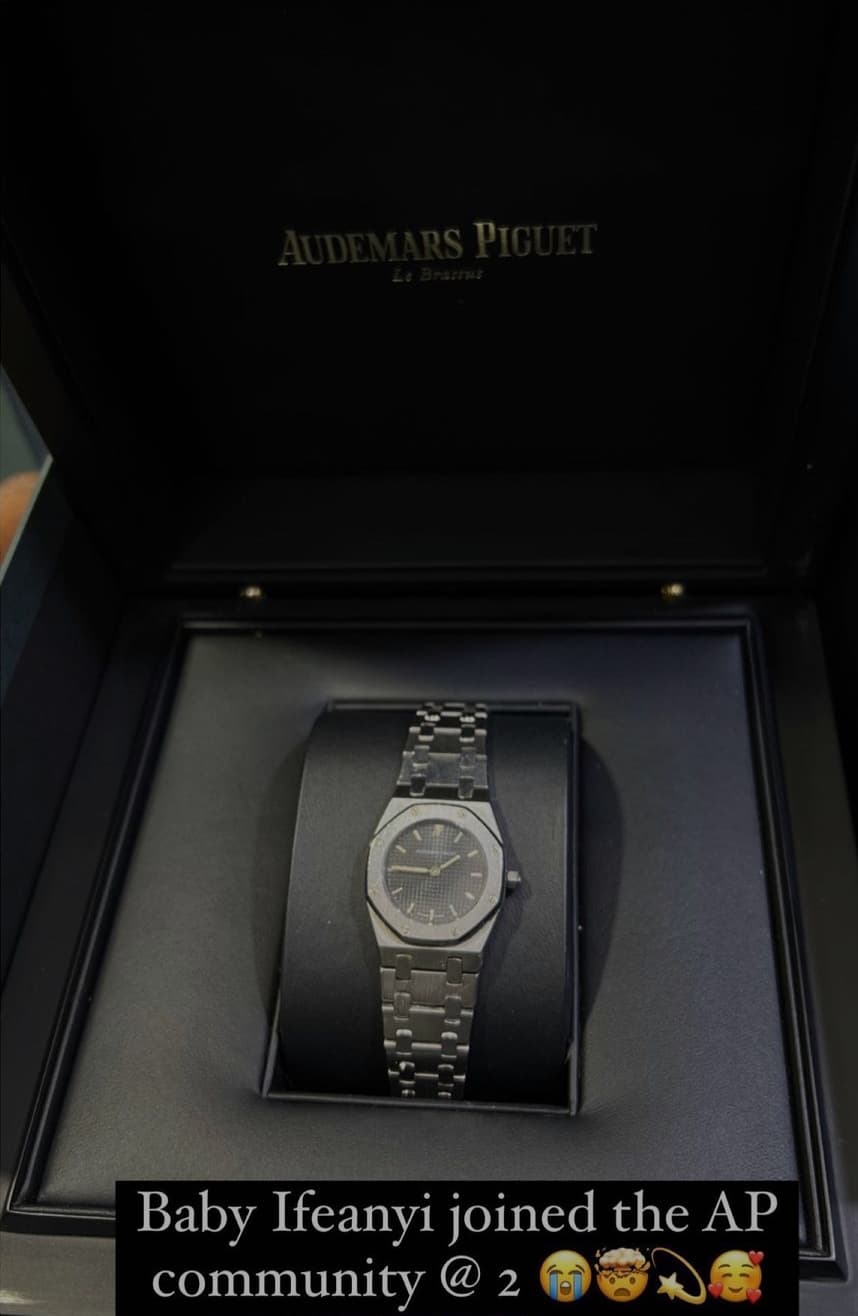 In other news, Davido revealed how he raised N200M from fans during an exclusive chat with Trevor Noah of The Daily Show.

He said, “I started calling famous people…I was like c’mon you know I made a hit song for you last year. I was like everybody that I have helped in one way or the other, that’s why this tour is called we rise by lifting others. I was scared it came up to $600,000 and at this point, I’m like can I keep this?”

However, due to everything going on in the world, he decided to give it out.

“We know that so much is going on around the world and I was like I can’t be that insensitive and I spoke to my dad who is my mentor and he said ‘you know you can’t keep that money.’ A lot of people were like no keep it, you’ve done so much for the community.”