JAMB stops use of email for UTME, direct entry registration 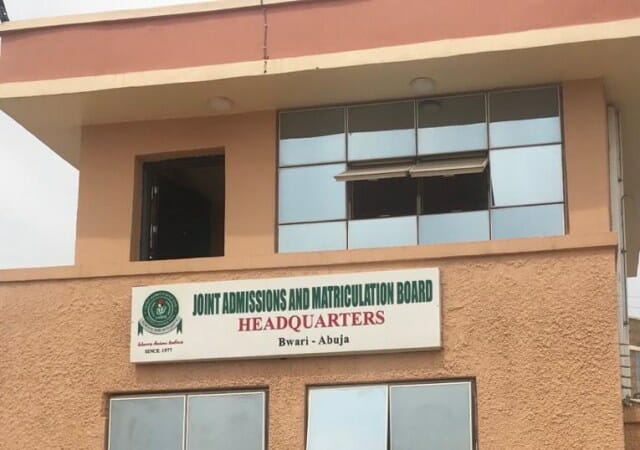 The Joint Admissions and Matriculation Board (JAMB) and heads of various tertiary institutions in the country have agreed to conclude all 2020/2021 admissions by June 15.

The board made the disclosure in a statement signed on Sunday by its Head of Media and Publicity, Dr Fabian Benjamin,  in Abuja.

It said that public universities would conclude admissions a month  before private universities, polytechnics and colleges of education.

According to the JAMB,  heads of institutions and itself reached the agreement at a virtual meeting on Wednesday (Feb. 24) during which issues concerning admissions process were discussed.

”All admissions in the nation’s tertiary institutions for the 2020/2021 Academic Session would end by June 15.

“The decision was collectively taken at a virtual meeting with heads of tertiary institutions in the country on 24th February, 2021,” it said.

The board said that the meeting was  aimed at knowing the level the institutions had reached on the 2020/21 Admissions scale.

JAMB added that the essence of the interactive session was to forestall an endless admission regime generated by disruptions to daily life occasioned especially by the COVID-19 pandemic.

It said that  the meeting was also to enable the board to put necessary machineries in place for the 2021/2022 Unified Tertiary Matriculation Examination and Direct Entry Registration.

According to him, only 30% of institutions has  commenced admissions into the 2020/2021 Academic Session.

“This, also includes all IEIs, polytechnics and colleges of education.

“The decision on the chosen deadlines remains sacrosanct and binding on all institutions.

“The board will not tolerate breach of the collective decision reached,” it said.

JAMB said that it would announce, in a week’s time, the commencement date for the sale of application documents for the 2021/2022 Academic Session.

It also advised them to adhere to advisories on change of programmes and institutions and other essential processes relating to admission.

According to the board, the adherence is to avoid  bickerings that could endanger the future of candidates and their subsequent mobilisation for the National Youth Service Corps.

It said that transfer of candidates within institutions locally or internationally was  acceptable but must  follow due process.

JAMB said that as a responsible organisation and gatekeeper, it would not allow the process to be circumvented to allow unqualified candidates to gain access to the country’s institutions.

“JAMB would not be a party to any improper transfer or breach of set guidelines.

“Adequate measures or checks must be done to verify if such candidates meet minimum requirements or possess the prerequisite qualifications to be in the institution in the first instance.”

JAMB stops use of email for UTME, direct entry registration