9 Anticipated movies of 2022 and their releasing dates 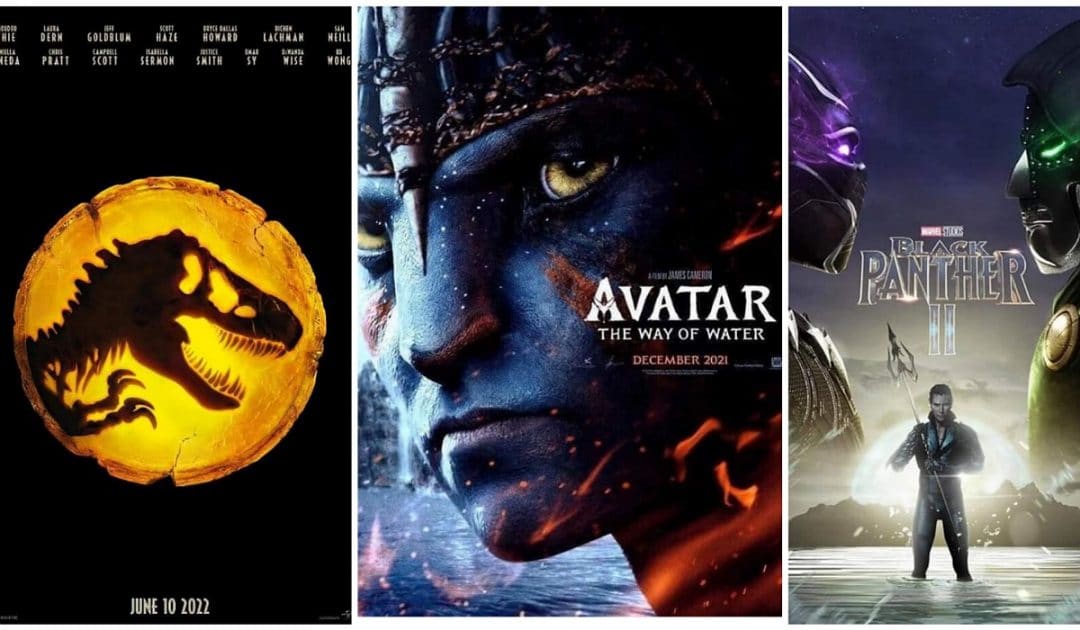 Dropping on the 11th of November, is the movie titled Black Panther: Wakanda Forever.

The movie is the sequel of the fan-favorite Marvel 2018 movie, ‘Black Panther’.

This movie will celebrate the legacy of Chadwick Boseman, our real Black Panther who passed away in August 2020.

He embodied the amazing character T’Challa in Black Panther. This movie is definitely to be added to your watchlist. Don’t miss it.

The movie, Avatar 2 is directed by James Cameron and to be released on the 16th of December. The wait is almost over.

After more than a decade since the first Avatar movie, the wait is almost over. You just have to wait till December, but just consider it an early Christmas gift this year.  Also, note that the actors are still the same.

The two now have a family of their own and must do everything to protect their family from another RDA with help from the water-based MetKayina tribe, while preparing for war against the humans.

3. Doctor Strange in the Multiverse of Madness (June 10)

Doctor Strange is one MCU (Marvel Cinematic Universe) movie lined up for 2022.

This is a sequel to the 2016 Doctor Strange, which follows the story of a popular neurosurgeon who losses the ability to use his hands and voila be has superpowers.

It’s not just about the webs, it’s about the action-packed events that will take place in the movie.

This movie stars Shameik Moore, Hailee Steinfield (Spider Gwen), and Jake Johnson ( Peter B. Parker. Pst Pst. Oscar Isaac is the Spiderman of 2099 and Issa Rae. The movie will be available on October 7. The movie, Thor: Love & Thunder is directed by Taika Waititi.

And it is a movie just for the God of thunder, THOR. If you live Chris Hemsworth and your love Thor, then this is a win-win situation.

Nathalie Portman plays Jane Foster and battles with cancer. Shocker guys, Christian Bale plays Todd, butcher. He goes from a DC hero to a Marvel villain. Except to be wowed and keep an eye out for appearances from the Guardians of the Galaxy. Don’t miss it if you do I’ll know. The movie titled The Batman is Directed by Matt Reeves.

This movie was dropped on the 4th of March. The Batman star Robert Pattinson plays Bruce Wayne and supporting casts like Zoë Kravitz as Catwoman, Paul Dano as Riddler, Jeffrey Wright and Jim Gordon, and Andy Jerkins as Alfred. This year is definitely a light year.  Announced by Disney and Pixar in late 2020. The movie will center around our favorite story on Lightyear.

The movie, Nope is directed by Jordan Peele, the director of ‘us’ and ‘Get Out’.

The movie tells the story of how caretakers at a ranch come across a mysterious force that causes a change of behavior in animals and humans. Starting Daniel Kaluuya, Keke Palmer, Steven Yeun.