The rematch between Anthony Joshua and Oleksandr Usyk has been set for August 20. 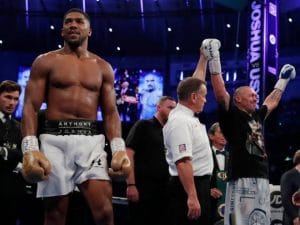 Joshua will try to reclaim the WBA, IBF, and WBO titles that he lost in September.

A rematch clause was instantly triggered, but Russia’s invasion of Ukraine in February threw uncertainty on the Russian’s future appearance in the ring.

The Russian, 35, returned to Ukraine to fight for his country, but he was granted special permission to leave and begin preparations for this fight months later, with a date and location now set.