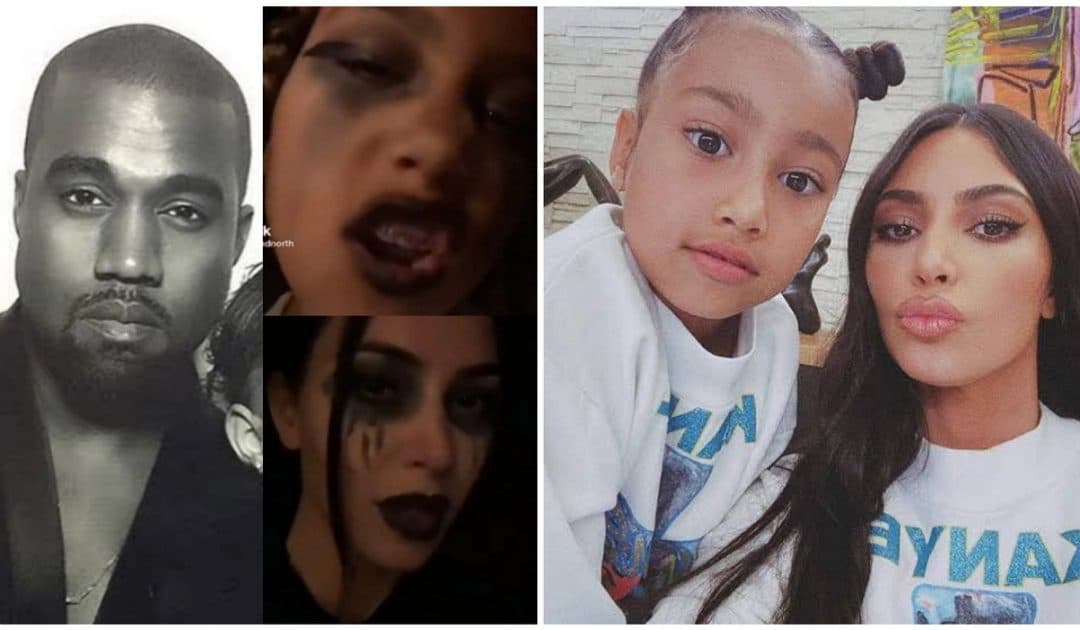 American rapper, Kanye West has expressed outrage as his daughter, North featured in a TikTok video with Kim. The father of four took to his Instagram page where he told the world that he is not having this.

In the video, Kim and North channelled their inner gothic queens as they lip synced to Machine Gun Kelly and WILLOW’s Emo Girl.

Sharing the video, he wrote, “I told y’all before about this tik tok stuff Now my 8 year old on here singing she fell in love with an emo girl.

Leftist don’t want fathers to have no say in our childrens lives I don’t want my kids at godless Sierra Canyon school I got a voice and I’m not having this And Perez Hilton you still ain’t answer my question.

And never put my name next to the word abuse Don’t play with my name like that I’m a real person who wants the best for my children.

And DL Hughley is a pawn Yeah I know a king not supposed to address a pawn but I address everything and find addresses DL So don’t speak on me or my children I can afford to hurt u.”