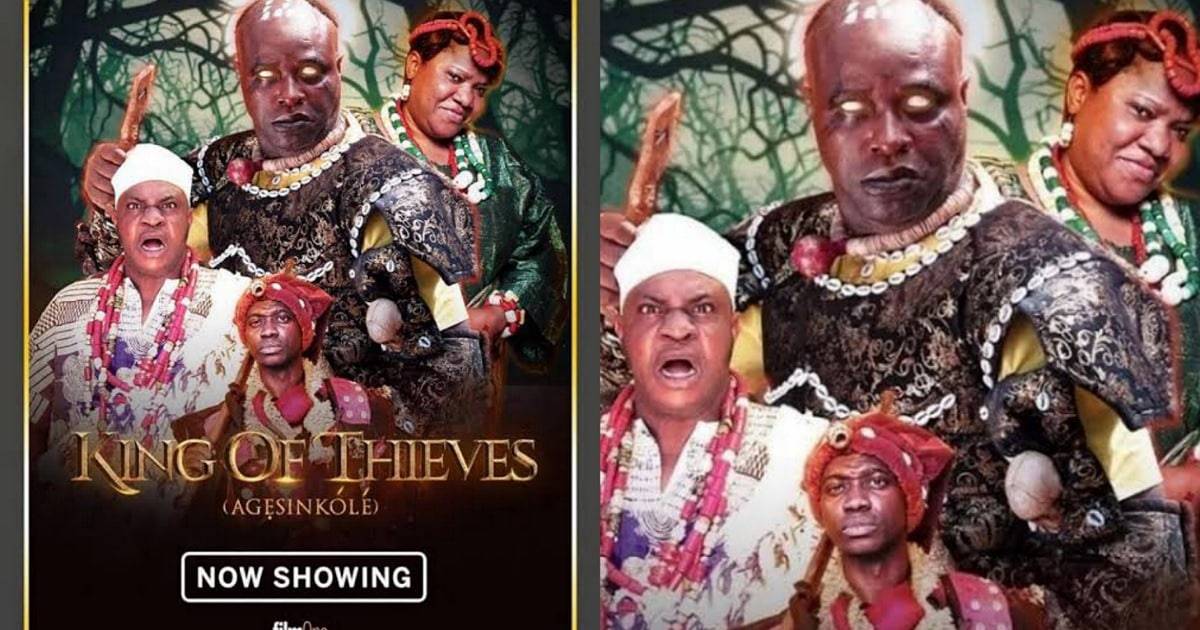 King of thieves is a 2022 Nigerian film produced by well-known actor, Femi Adebayo.  The film tells the story of vengeful bandit named Agesinkole, who threatens the peace of a flourishing kingdom called Ajeromi. 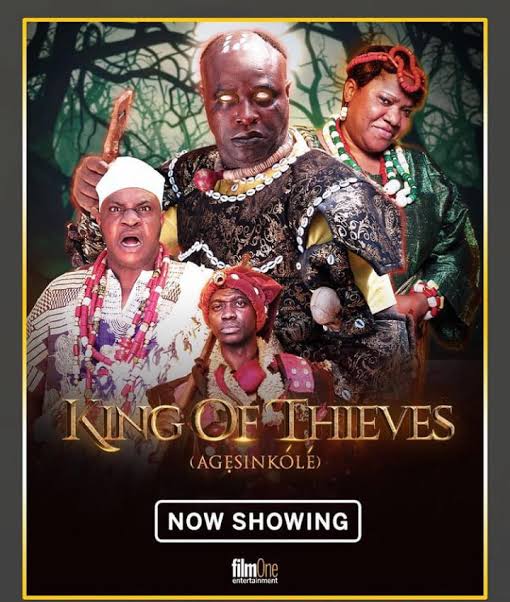 This film is  unarguably the best of its kind. It tells the story of injustice, a mothers love, courage, vengeance, greed and friendship. Not only is watching this movie worth your time. It is blessed with a showcase of culture and tradition. It is a colourful movie which showcases customs and traditions in the Yoruba land.

Every scene is action packed and definitely deserving of accolades. This movie is the original definition of perfection. A 100% to all the casts and crew members that worked on this movie. Incredible lightning and top notch use of ( the singing voices of people that sing songs at the background)