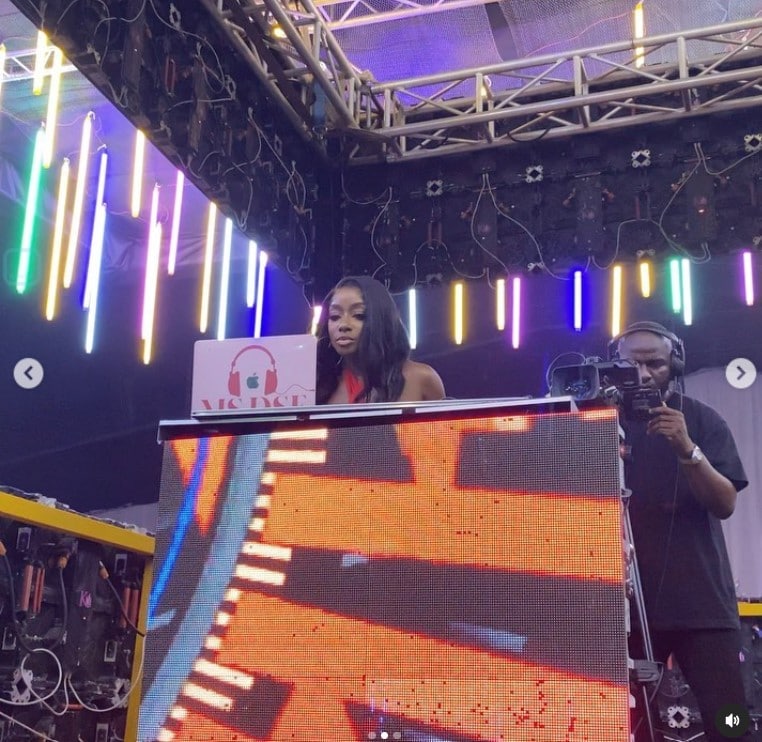 The 31 years old actress made this revelation via her Instagram page after people criticized her for playing Wizkid’s song at Davido’s concert.

According to her, It is okay to be 30BG and Wizkid FC. You will not die. I promise to support everyone and spread love.

She said, “If I were opening Wizkid’s concert, the first song I will play is Davido’s song, titled ‘Ema Dami Duro”, because that it is what ginger crowd.”

She insisted that she can’t open Davido’s show with his songs because he is coming to the stage to perform those same songs.